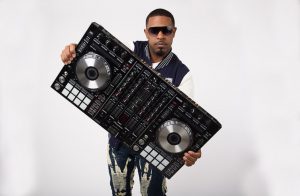 While at Jackson State University, he was also a drum major for “The Sonic Boom of the South” from 2000-2001.  He received his Bachelor of Arts in Speech Communication Studies from JSU and put his degree to use as an on-air personality and morning show producer on 97.7 FM as a part of the nationally syndicated Rickey Smiley Morning Show.

In addition to his career endeavors, he is a member of the Beta Alpha Chapter of Omega Psi Phi Fraternity Incorporated.
For DJ Unpredictable this is only the beginning…STAY TUNED!